Today, we will be introducing a third machine of a “Black Lagoon”, a popular pachislot machine series that was originally a TV animation.
Manufacturer of this series have been changed to NANASHOW Corporation from this third machine, but by collaborating with prior manufacturer, NANASHOW was able to keep the same gaming feature as the prior machines.
Beginning with a female protagonist called Revy, also known as “Two-Hands” and other characters such as Roberta known for being a former terrorist and now a maid, and twin assassins called Hansel and Gretel, these radical characters unique to crime action genre battle against each other fiercely.
It is expected to make its debut in December 2017.
Don’t miss it!! 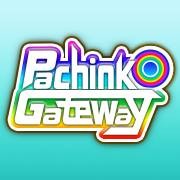